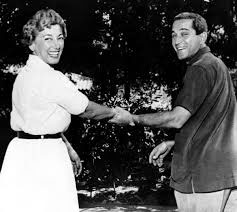 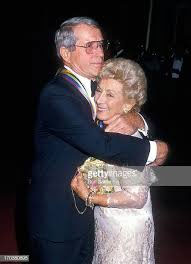 In 1985, I was speaking at a technology convention in Miami Florida for IBM. My presentation was on the use of touch screens in retail software applications. After my speech, I decided to drive to Key West for the day as a break before going home. David Craig wrote an incredible song about the city called “Magic Ramona." Can’t forget that tune. Post that song David Craig!

On the way back from Key West to Miami, I saw a yellow Cadillac with a flat tire on the coast highway. Everyone was passing by. Being from Bogalusa, Louisiana (a shy country boy), I stopped. The passenger was apprehensive about a long-haired guy stopping to help. She finally cracked her window a little and asked what I wanted. I asked the sweet, gray haired lady if I could help.

She said she was afraid to get out of the car and I said I would love to change her flat tire. She asked me where I was from and I said Bogalusa, LA. She said to me that the word “Bogalusa” was familiar to her, she reluctantly agreed.  I changed her tire and got her ready to go. She tried to give me a $100.00 bill. I said that I could not accept anything and that I was glad to be of assistance to her. She asked me for my name and I said William or Bleu Evans, I prefer Bleu. She said “you won’t believe it, but that name is familiar to me as well. Bleu Evans, thank you so very much, what a southern gentleman you are." I laughed, I have been called much worse than that. She said she wanted a way to contact me so she could send me a thank you note. I gave her my card. I went back to the hotel, packed my bag, and jumped in the Avis, and was off to Miami International for the flight back to New Orleans.

The next day, I got a call. It was Perry Como. He said; “William," that’s what Perry usually called  me, sometimes there was an occasional “Bleu Willie”. He said “William, you sure do get around." I asked Perry what he was talking about. He said, “You changed a tire for a women in a yellow Cadillac yesterday did you not?" I said “Perry, how in the world could you have known that occurred?" He said “William, you changed a flat tire for my wife Roselle." "How in the heck do you get around like that?" I told Perry that "God must not have sent me to speak to the IBMers, but to help Miss Roselle get home." Perry was married to Roselle for 65 years when Perry went to Heaven.

Perry said; "Bleu, I thank you so much." I said, "Perry, it was a pleasure and had I known Miss Roselle was your wife, I would have told her how much your friendship and working with you has meant to me."

I am thankful that I had the opportunity to help anyone, much less the great chance to help Miss Roselle Como. Three days later I got a wonderful thank you card signed by Roselle and Perry. I still have it.

Perry and I have done several NBC TV Specials as well as he would always want me to mix on tour with his big band. That band was incredible. I miss Mr. Como so much. Perry lived in Jupiter, Florida for 40 years. Perry liked it a whole lot more than his native Pennsylvania where he was a barber. My mother loved Perry and Dick Van Dyke. Perry would give mother a call sometimes when we were on tour. He made her day. My wonder, what a great person Perry Come was and is.

I hope you may receive some enjoyment or an uplifting feeling from this story. My Daddy used to say; ”Boy, I know you don’t ever fib, because nobody could make up something like this."

All My Best, Bleu Evans